For someone living in America interested in the Middle Ages, opportunities to see something authentically-medieval in person are rather scarce. There is the Norse settlement in L’Anse Aux Meadows, Newfoundland, Canada. Some of the major research universities in America (like Princeton and The University of Pennsylvania) have medieval manuscripts in their libraries’ Special Collections (though best of luck getting the chance to see them), as does the Library of Congress. The Walters Art Museum in Baltimore, Maryland has a significant collection of medieval art, with a particularly impressive collection of illuminated manuscripts. The Higgins Armory museum, in Worchester Massachusetts used to house the most impressive collection of medieval arms and armour outside of Europe; sadly, it closed its doors last year due to a lack of funding, with its collection going to the Worchester Art Museum.

But the collection that makes all of these others pale by comparison must surely be that of the Metropolitan Museum of Art in New York City, with a significant portion of its medieval gallery housed in The Cloisters, a purpose-built museum perched on the very northern tip of Manhattan Island.

The Cloisters is an impressive achievement. The building itself was fabricated from a pastiche of architectural elements that had been taken—literally stone-by-stone—from a range of medieval buildings, including, famously, elements of five different cloisters from abbeys in France. The Cloisters’ website explains:

the modern museum building is not a copy of any specific medieval structure but is rather an ensemble informed by a selection of historical precedents, with a deliberate combination of ecclesiastical and secular spaces arranged in chronological order. Elements from medieval cloisters—Saint-Michel-de-Cuxa, Saint-Guilhem-le-Désert, Trie-sur-Baïse, Froville, and elements once thought to have come from Bonnefont-en-Comminges—and from other sites in Europe have been incorporated into the fabric of the building.

The resulting building has been filled with medieval art, sculpture, tapestries and manuscripts. It attracts thousands visitors per year and is quite possibly the single most significant public-facing representation of medieval objects, art and aesthetics in North America.

It is also a mess.

The problem, as simply put as possible, is this: the Middle Ages are a thousand years of history, spanning more than an entire continent. This is a long time, and covering a huge number of disparate peoples and cultures. Lumping all of it under the historical heading “medieval” calls into serious question what that even means, and unless the differences in times, cultures and places are recognized and explored, turns into so much noise.

The crucial issue with The Cloisters is that it does none of this.

Instead, what you find is a collection of medieval objets-d’art, artfully arranged but without context or explanation. Sure, there are labels providing the historical period and provenance of most of the displayed objects as one might find in any gallery.  But aside from that, the visitor is left unguided in a contemplative aesthetic space. For some, this may be relaxing. For others, such as me, frustrating and confusing.

Take, for example, this display:

Though there are no signs to indicate it (and thus it may not be at first clear), this space is trying—in some small way—to give the impression of how a medieval church might have been decorated. Moreover—importantly— it seems to be communicating what it might feel like to stand in one. However, when the labels are examined it becomes immediately clear that this exhibit is as much of a pastiche as The Cloisters building itself.

The altarpiece triptych (the trifold painting at the top) is German, circa 1470. The eagle-shaped lectern on the right by the window is Dutch, from 1500. The choir stalls in the lower left are French, from the 1400s. The giant candlestick to the left of the altar is Spanish, from 1450-1500. The altar backing (called a Predella) is from the archbishop’s palace in Aragon, in what is now Spain, from 1456-58. And the busts on the altar are Dutch, from 1520-30.

Everything is from 1400-1530, but in terms of geography, culture and function, there is little logic to the display, and the stained glass is unlabelled. The impression that this display gives is that, artistically, the late Middle Ages in these countries were largely identical. And more, it conflates the different types of medieval church—Archbishop’s palace down to parish church—into a single aesthetic experience. There are no images of actual medieval churches to compare this to, no indication of what might be missing to complete the experience, or idea of how these objects might be used.

This experience is repeated through many of the galleries—each featuring a fascinating collection of exquisite objects, but without a sense of internal logic, cohesion, or larger contexts. Take for example The Cloisters’ famous Unicorn Tapestries.

These extraordinary late-medieval Dutch tapestries hang in one of the rooms of the cloisters. But they are largely un-interpreted—hanging here as though in a medievalish version of a white-cube gallery. Which leaves the viewer only confused about provocative imagery like the one above.

By contrast, Sterling Castle in Scotland has commissioned a series of replicas to be made to be hung in the Queen’s Chamber of the castle.

Placed in something more like what may have been its original context, the tapestries begin to make more sense. The visitor is offered an intellectual experience—understanding perhaps what role these tapestries may have played in fashioning the idea and ideal of aristocratic femininity—pursued, hunted and subdued, but regal even in captivity.

Privileging object-oriented aesthetic experiences over intellectual or interpersonal experiences is a common problem with museums and galleries (as is being explored by some researchers at the Smithsonian), especially ones pre-dating the 1950s. For example, York Minster Cathedral, in England, houses one of the greatest collections of medieval stained glass anywhere in the world. However, during restorations of the glass in the wake of the world wars in the 1940s and 50s, something interesting happened. When a glass window was found damaged or in need of restoration, instead of creating new glass that fit the original design, the restorers replaced the missing pieces with salvaged medieval glass, much of which was not even originally in the Minster windows and which was only sometimes even of a similar colour.

What was made ultimately important was that the visitor was looking through, and being bathed in the light of, medieval glass rather than replica glass. It was not important that the window looked as it did originally, but that the glass was original. As a result, many of the pictures in the nave are now a jumbled mess—a kaleidoscope of glass that is certainly medieval but, unfortunately, is now meaningless.

What do we want from our museum experiences? On the one hand, when visiting museums, there are desires to be in the presence of extraordinary objects—fulfilling our drive for (literally) awesome aesthetic experiences. But there are other motivations as well—intellectual, interpersonal, physical. For example, there are many personal stories that the cloisters can tell; the creation of the museum, for example, was a fascinatingly fraught collaboration between financial magnate John D. Rockefeller Jr., and George Grey Barnard, a man best described as part-sculptor, part-art dealer, and part-con-man. Barnard managed to snatch a number of medieval treasures from under the noses of the governments of Europe—doing to them just as their archaeologists and collectors had done to Greece and Egypt. And that is not even to mention the stories of the people who made, appreciated and used these pieces—what drove them to create such pieces of beauty and what it meant to them. All of the voices of the past are left silent in favour of contemplative aesthetic silence.

As a result, I find The Cloisters to be a beautiful medieval kaleidoscope. It is truly a treasure-house of medieval art, arguably the greatest in North America. However its fundamental approach seems designed to satisfy only one sort of experience and to appeal to only one sort of visitor. Diversifying these experiences for their visitors would go a long way towards making it a satisfying space for all. 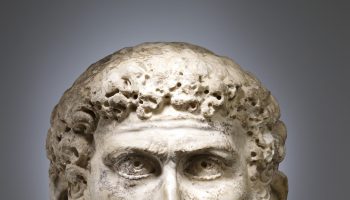 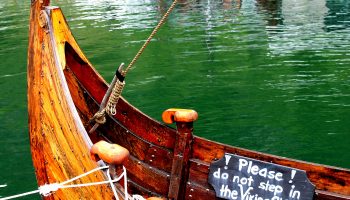 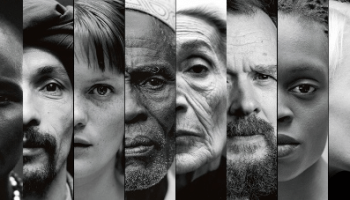 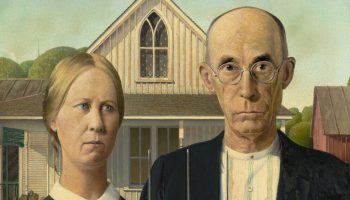