Museums and HeritagePast and Present

We use so many criteria to help us define the spaces around us: What is the environment like? What are the people like? What can you do there– and what are you supposed to? That said, one of the interesting ways we define a space is by who–or what–was there before us. Cultural heritage can help us label our maps, or help us comprehend landscapes in “new” ways. And as a result of the heritage of a place, we often reshape the landscape in terms of what the environment looks like, and how we understand its function in our lives.  It can even change how we think of the people who live there now– or how they see themselves.

Maybe we should start with this map.

The landscape is not necessarily changed (except in a few places), to match the “tourist gaze,” (a.k.a. what the tourist expects to find there), but the tourist gaze reconceives and reinterprets existing landscapes. Each Viking tourist site—in both Europe and North America—has a different relationship between history, historian and tourist; this relationship depends on specific historical and cultural factors. Viking tourism has had an impact on its landscape, in some places in quite a definite and even transformative way.

The first thing that historians have to do to bring the history to the tourists or the tourists to the history is provide something for the tourists to see. There are (at least) two reasons for this. Firstly, many of the Viking colonies were in marginal places at the edges of their world. They successfully colonized Greenland and North America! But those marginal settlements—due to a combination of factors that historians still debate—collapsed and disappeared, leaving little to see. The second issue is that much of the Norse settlements were built primarily of wood. So, even where their settlements were lasting (like, for example, Dublin), they did not leave spectacular, lasting edifices in stone like Cathedrals or city walls left by other cultures.  Thus, most of the Viking tourist destinations leave a lot of visual- as well as knowledge-gaps. The simplest way to create a satisfying experience of “visiting the past” is to reconstruct the site in the vision of the existing archaeological evidence. So, the first and most obvious way Viking tourism impacts the landscape is by these reconstructions. However, this is often the most minor part of the transformation of the landscape.

Take, for example, what has been done to the Viking site of Birka, in Sweden. You can take a ferry from Stockholm’s harbor (right next to City Hall) to the modern island of Björko, site of the Norse market Birka.

There, today, you will find a museum, several reconstructed city blocks, and—if you come on the right day—a Viking market populated with local re-enactors. When you visit, it becomes quickly clear that nobody would go there (save for the few families who continue to farm certain portions of the island), if it weren’t for the museum. There are over 1,000 islands in the archipelago that surrounds Stockholm, but sparsely-inhabited Birka has become a significant destination.

On the island you can also find Ansgar’s cross, a relic from a previous generation of public historians who wished to commemorate Ansgar, one of the earliest missionaries to Sweden. The cross reminds us that previous historians were drawn here not by the Viking town, but by the fact that Ansgar carried on his missionary work here.

So not only is cultural heritage tourism not a new phenomenon, but we should remember that what people want to visit and commemorate changes with each generation, so that the landscape as we conceive it or reconceive it, is not set in stone. Maybe history doesn’t change, (a big maybe) but our conception of it certainly does, and so do our re-conceptions of the landscape. In Birka, or modern Björko, not only is the landscape of the island altered by the physical presence of the museum, but the larger impact is the number of tourists who come here, and the reconception of this island among so many islands as a distinct destination to learn about the Vikings.

But the impact at Birka is nothing compared to the impact of Viking tourism on the tip of northern Newfoundland, at the site of “L’Anse Aux Meadows,” the famous medieval Norse colony in North America. The Scandinavian way of commemorating their past (at, for example, Birka) is different from the style of North-American commemorations. Obviously this is because there are different Norse histories inherent in the two places. Both localities can lay claim to Norse heritage. But they do so in very different ways.

In Scandinavia it is undeniably local heritage. But, in North America it is heritage that is linked with most North Americans’ identity as a settler/invader people. The Norse are, of course, not actually connected to the large scale immigration of European settlers/invaders. That said, they are perceived as the first Europeans to reach those shores—with “first” implying a link to the others that were to follow. In the last forty years, the whole peninsula at L’Anse Aux Meadows has been reshaped to accommodate the Viking tourism that now drives much of the economy in that area.

Compare this example to the two previous ones to understand the impact. With the Icelandic Saga Trail Association, the country has been reconceived on a large scale to be a place full of Viking-specific cultural heritage. However, it is still an alternate conception of the country—another map to be used or discarded at will. On the other hand, the heritage site of Birka overpowers the island of Björko; the island has been reshaped in terms of the importance of the Viking history.

However, both of these are far more contained than the impact that the tourist gaze has had on Newfoundland’s northern peninsula. The importance of tourism, and the importance of Viking history as part of that tourism, is felt along every turn. To head north, you have to take the road labeled “The Viking Trail.” Once you get to the peninsula, you are greeted with the sign that proclaims you are entering “Vinland”—the name the Vikings gave to this place. Viking tourism has had a dramatic impact on the way the landscape is conceived and represented. Instead of being an alternative conception of the landscape, it is the dominant one.

The museum’s website seems to acknowledge this fact. But even though the claim to actual Viking heritage is tenuous, the impact of Viking tourism can be felt throughout the town. Later this year, they are hosting the “Vikingland Band Festival” and “Viking Plaza Crazy Days” events. On your visit, you can peruse the “Scandinavian Gift Shop,” take a turn around the “Viking Speedway” or go to “Viking Pawn.” Viking tourism has shaped the construction of the town in profound ways, despite the probable lack of actual Vikings.

Part of the draw of cultural heritage tourism is that the history is not just part of the past, but part of someone‘s past. You’re even more likely to go see it if it is part of your past. And when the tourists come, the landscape is physically, or conceptually, altered to accommodate them. Landscapes have been altered by the history, the historian (including the local) and the tourist together, allowing us to define some of our spaces as Viking ones. 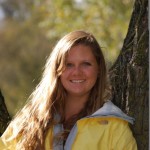