by Paul B. Sturtevant on October 30, 2018
share
Members of the Jewish Community of Washington DC attend a vigil outside the White House on October 27, 2018. Photo by the author.

Saturday, October 27, 2018 saw the deadliest anti-Semitic terrorist attack on US soil to date. We here at The Public Medievalist are horrified. Some of our staff, several of our contributors, and many of our readers are Jewish or of Jewish descent. And more, all of us have Jewish friends, neighbors, and colleagues. But even if we didn’t, we would still stand with them in this moment of shock, rage, and unspeakable grief.

In the wake of horrific atrocities like this, one of the natural human responses is to ask “why?” In some ways, there is no adequate answer; in other ways, we have too many answers.

The President of the United States and far too many leaders from his party have harnessed hate. They’ve fanned the flames of anti-Semitism through a litany of dog whistles aimed squarely at an anti-Semitic audience and a public embrace of “nationalism.” They rail against “globalism” and “globalists”—a common anti-Semitic dog whistle referring to the supposed “global Jewish conspiracy.”

This anti-Semitism must not be viewed in a vacuum. It is intimately tied to the white nationalism and racism that endangers not just Jews, but also Muslims, LGBTQ+ people, African Americans, Latinx people, refugees, immigrants, and so many other communities in America.

At The Public Medievalist, we understand that there is no one solution to fix this problem. But we do believe, just like Sam Seaborn said on The West Wing, that education is one of them; maybe the most important one. It’s why we do what we do.

Distinguished Professor of History Jeffrey Herf published a call to action in The Washington Post this week:

It is time for us all, including our political leaders, to spend some time studying where hatred for Jews comes from and how it can and must be defeated—yet again. The time is long past to end American cluelessness about the history, nature and contemporary danger of anti-Semitism.

We agree, and we are here to help.

A Brief Medieval History of Anti-Semitism

Our series on Race, Racism, and the Middle Ages featured several articles—a kind of series-within-a-series—on anti-Semitism. This is because anti-Semitism, as we know it today, was a deadly problem in medieval history, and many contemporary anti-Jewish stereotypes are rooted in the medieval past. If we are to uproot the anti-Semitism in our midst, it helps to understand how deep its roots go.

First off, if you’re wondering why we would cover anti-Semitism in a series on Race, Racism, and the Middle Ages, then start here: “Jews, Antisemitism, and the Middle Ages.” There is ambiguity—even within the Jewish community today—over whether Jews consider themselves to be a racial group, a religious group, or a mix of both. And even more, as I wrote then:

the Jewish experience in the Middle Ages—and the oppression that the Jews faced—was instrumental in the formulation of how race is understood today, not just for Jews, but for all races.

Matthew Chalmers also weighs the case for the use of the phrase anti-Semitism—rather than what “anti-Judiasm”—in “Anti-Semitism Before ‘Semites’: The Risks and Rewards of Anachronism.” A key part of this is that anti-Jewish and anti-Muslim bigotries have often been linked:

narrowing our view leaves out another piece of the puzzle: it threatens to obscure Islam from discussion, when European Christian identity formation cannot be understood without examining the ways that both Jews and Muslims were treated and imagined.

This link—and the further link with Latinx, migrant, and refugee “otherness”—can be seen in the propaganda used by the far right today. A right-wing conspiracy theory claimed, falsely, that George Soros, now the go-to right-wing stand-in for an alleged Jewish world conspiracy, is somehow funding the so-called “migrant caravan” proceeding from Honduras to the United States. Trump also claimed, falsely, that “criminals and unknown Middle Easterners are mixed in.” Anti-Semitism. Anti-Muslim Bigotry. Racism. Xenophobia. It goes round and round.

Deputy Editor of The Public Medievalist Amy S. Kaufman explores some of the deepest roots of anti-Semitic thought in “Anti-Semitism is Older than You Think,” where she explains that anti-Jewish thought predates Christianity. In fact, many of our anti-Semitic ideas originated from bigoted Roman writers. Tacitus, for instance, thought the Jews stood in the way of the dream of Roman world domination, and so he eviscerated them in his propaganda. As Kaufman writes:

Tacitus doesn’t just demonize the Jews for rejecting Roman religion; he also targets them as a “race” that is “hateful to the gods,” laying the groundwork for an anti-Semitism that consistently conflates race and faith. Moreover, his screed against the Jewish people resounds with some painfully familiar anti-Semitic stereotypes.

Bianca Lopez, Richard Utz, and Richard Cole explored three different medieval anti-Semitic episodes that erupted across Europe. In “Deggendorf, and the Long History of Its Destructive Myth,” Utz explores a local German anti-Semitic conspiracy theory and how easily the Nazis co-opted it for their own purposes. In “The Importance of Being Absent,” Richard Cole explores how easy it is to hate people who you don’t know by looking at the example of Scandinavia’s anti-Semitism—despite there being no Jews in medieval Scandinavia.

In “The Sainted Toddler Who Sparked a Pogrom,” Bianca Lopez describes the popular anti-Semitic fervor that exploded after a toddler’s death was incorrectly ascribed to the local Jewish community. But even more importantly, she showed a way out: courageous leadership on the part of the Doge of Venice stopped the violence. And she concludes with a powerful call to action:

We need to better recognize the signs of a template that might turn us against each other. Persecutions and pogroms do not come out of nowhere: politicians, religious leaders, and other hate-peddling zealots set the stage for persecutory violence through propaganda and cultural dog whistles. Unlike Trent’s Christians, we can say no to those who might provoke animosities by refusing to accept the project of hate. We must.

Part of recognizing the signs means knowing our own more-recent history and how it connects to the medieval past. In the Middle Ages, just as today, violence against Jews came from the same wellspring of hatred as violence against other religious and ethnic minorities.

Jeremy DeAngelo, for example, draws links between the massacres of Jews during the Crusades and the Black Lives Matter movement in “Perfect Victims: 1096 and 2017.” The victims of the Tree of Life Synagogue shooting were simply there to pray and enjoy their community. But the victims of hate crimes need not be “perfect” to deserve our compassion.

Several pundits have argued, wrongly, that the Pittsburgh shooting was the worst act of racially-motivated violence that America has ever seen. But in the same week as the massacre at the Tree of Life Synagogue, two Black Americans were murdered by a man whose goal was to massacre worshipers at First Baptist Church in Jefferstown, Kentucky—a predominantly Black church. As Kaufman writes, America has a long history of racist violence, violence inflamed and encouraged by politicians and demagogues.

Now more than ever, we must not whitewash the American past if we hope to understand and fight what is happening in the present.

How to Find Hope

One of the most pernicious anti-Semitic lies is that Jews have always been in conflict with their neighbors, ‘citizens of nowhere.’ Amy Kaufman, Robert Chazan, and I dispel this myth by illustrating the important role Jews played in medieval culture. Kaufman takes on the complex history of the Spanish Convivencia in “A Tale of Two Europes: Jews in the Medieval World.” As she writes:

Southern medieval Europe may have been more diverse, but mere diversity of a population didn’t prevent violence in the Middle Ages. Diversity alone won’t solve violence now. People have to be ready and willing to learn from one another, to exchange ideas. It is worrying that today, despite the broad access we have to a panoply of beliefs and perspectives, people seem increasingly inclined to self-segregate by retreating to homogeneous enclaves online and in the real world.

Eminent Historian Robert Chazan traces the broad sweep of medieval Jewish life and finds there many centuries where Jewish people lived at peace with their neighbors and flourished. As he points out in his “The Arc of Jewish Life in the Middle Ages:”

Despite all the negativity in their circumstances, the northern-European Jews did proceed from the humblest of beginnings to become the largest branch of the Jewish people.

Finally, in my “Resisting the Anti-Semitic Crusade,” I seek to find the stories untold in the accounts of anti-Semitic pogroms: those of the heroic survivors, and of those who helped them survive. The attack on Saturday happened in Squirrel Hill, in Mr. Rogers’ neighborhood. Mr. Rogers famously said in an interview:

My mother used to say, a long time ago, whenever there would be any real catastrophe that was in the movies or on the air, she would say: “Always look for the helpers. There will always be helpers on the sidelines.”

If we learn nothing else from the Middle Ages, let us learn that.

My Fair Lady? How We Think About Medieval Women

Were there Transgender People in the Middle Ages? 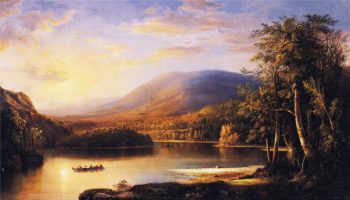 Whose Middle Ages? Remembering Early African-American Efforts to Claim the Past