by Shiloh Carroll on November 30, 2018
share
"Oh, so you all got me gold boxes? Umm, thanks?" Alexandros, Digitized Archive of the Hellenic Institute of Venice, 14th century, 30v. http://eib.xanthi.ilsp.gr/gr/miniatures.asp

Gift-giving can be a nightmare. This is especially true if you’re buying for someone you’ve known for a while, someone with a peculiar interest (like, say, the Middle Ages), or someone who already has everything. That’s why we here at The Public Medievalist have scoured the Internet looking for fun, pretty, and weird medieval (and medievalesque) gift ideas for those medieval people in your life!

From food to jewelry, beautiful (or seriously weird) art, and even pieces of actual history, here are some suggestions to kick-start your holiday gift buying.

Disclosure: The Public Medievalist receives no commission for any purchases you make and has not been paid to advertise any of this merchandise. We just like this stuff. 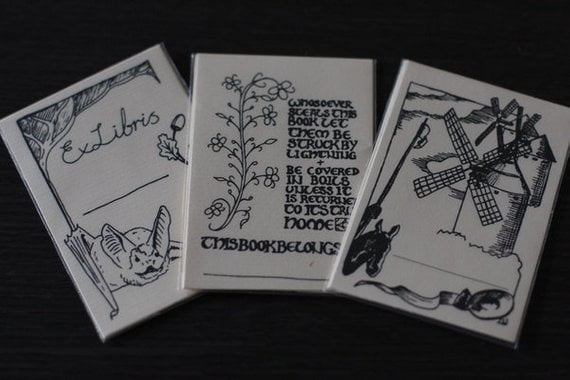 (Note: some things in this Etsy shop don’t ship to the US.)

You know that one friend who borrows books and never brings them back? Now you can curse them with your bookplate.

Bookplates, if you don’t know, are small pieces of paper pasted into the front of books to show who owns them (and who to return them to, Karen…). This set of bookplates includes a medieval book curse (in modern English for those who don’t read medieval languages) to help you make sure you get your books back. “Oh, this is your book? Well, my plate says otherwise, Karen…”

Or you could use the excuse of the book having this pretty plate in it to avoid loaning it out in the first place. Whichever works for you. This Etsy shop also includes Memento Mori bookplates in case you want to obliquely threaten the non-book-returner with death. 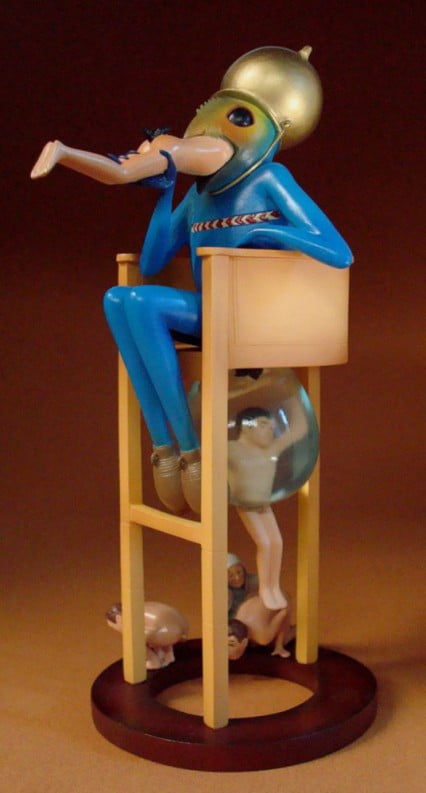 A Little Piece of Hell

One of my very favorite pieces of medieval art is the Garden of Earthly Delights by Hieronymus Bosch. It’s a 15th century three-paneled marvel currently held at the Prado museum in Madrid, and it depicts, in exquisitely bizarre detail, Bosch’s vision of Eden, of heaven, and of hell. It’s a huge piece, and an incredibly detailed fever dream—especially in the hell panel, everywhere you look you can find something deeply bizarre looking back at you. Like this piece, right here. 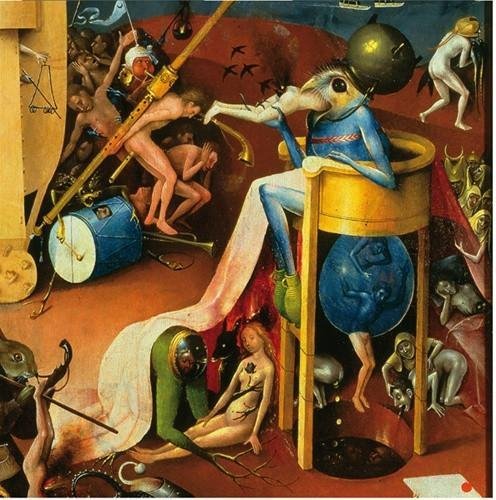 The birds flying out of the guy’s butt is what really makes it for me.

And now, you can have Bosch’s little nightmares staring at you all day long! Who wouldn’t want that staring back at them every day at work?

Parastone studio, located in Hertogenbosch, Netherlands, makes decorative sculptures, particularly ones that reproduce or adapt pieces of art. They have a whole series of statues that render Bosch’s work in three dimensions available. Most are less expensive than this one so don’t be too intimidated by price if you really want, say, a pair of ears with a cooking knife sticking out, or a pig dressed as a nun, or frankly, whatever the hell this thing is. 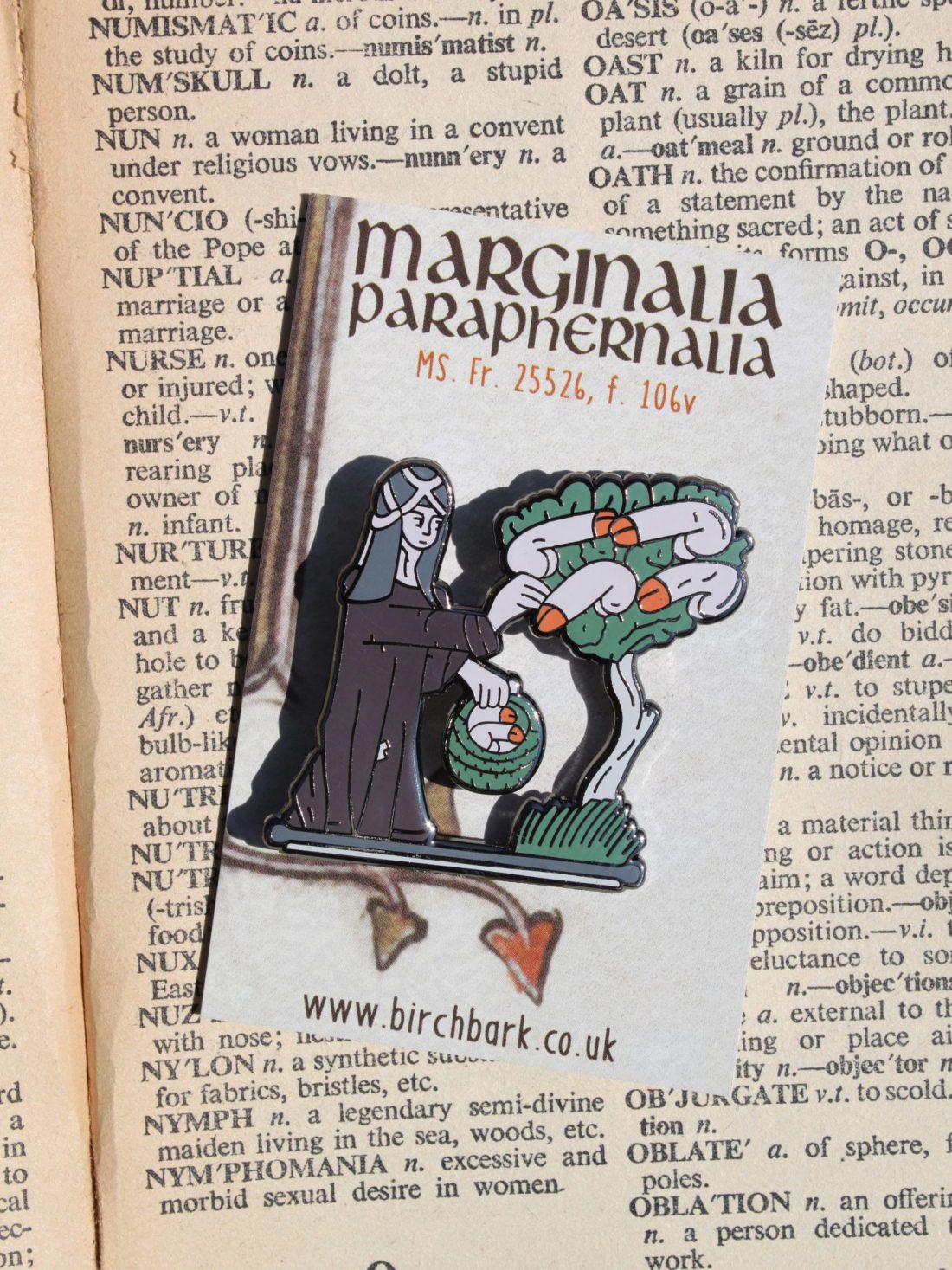 After a successful Kickstarter last year, Alison Atkin began selling enamel pins, stickers, and cards featuring some of the most recognizable and ridiculous images from medieval marginal illustrations—you know, those silly doodles in the margins of medieval manuscripts.

Easily the most audacious of these is the Nun Penis Tree pin. Though, if you (or the person you’re buying for) aren’t particularly comfortable with actual penises decorating your shirt, or jacket, or bag, or what have you, there are many other designs to choose from: the Nope Dragon (one of my favorites),  the Jousting Bunny, or the Snat.

Also, Alison is running a second Kickstarter campaign that promises to include new pin and sticker designs. 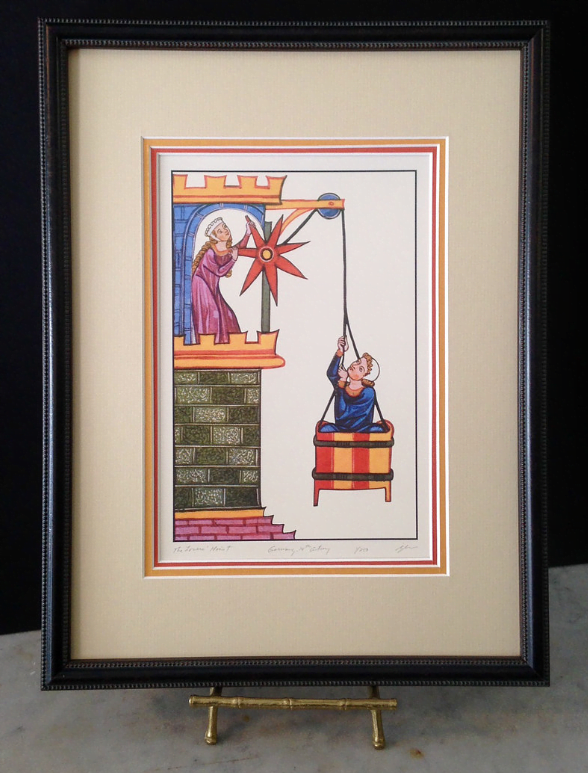 How do you say to the one you truly care about that “you’re the only one I’d want to hoist up to my secluded tower in a clearly shoddily constructed bucket”? With art, of course!

This one is a replica of an illustration from the Codex Manesse, a 14th century anthology of German poetry, depicting story not unlike Rapunzel (except in this version, Rapunzel ditches the hair for a degree in mechanical engineering). Fenix Forgeries has been making facsimile art prints of late medieval and early modern art since 1969. When I was decorating my new apartment and needed something on the walls to counterpoint a couple of horrifyingly expensive diplomas, I turned to them. They have a huge number of giclée machine-made prints as well as stunning limited edition hand-colored block prints. Personally, I’m thinking of getting these witches for the bathroom…

Reigns is a gloriously simple and engaging king sim. You play as a series of medieval monarchs trying desperately to balance the interests and power of the Church, army, peasants, and merchants and prolong your reign as long as possible (letting any one of these groups get too powerful, or too weak, will lead to your immediate, grisly demise). There’s intrigue, romance, humour, and a surprisingly deep underlying plot all portrayed through simple swipe left/right mechanics. It’s a game that can be picked up and played immediately, but has a lot of life in it—especially with the new elements brought in by the sequels. It’s low price and accessibility make Reigns an excellent stocking filler for anyone with a passing interest in the Middle Ages. 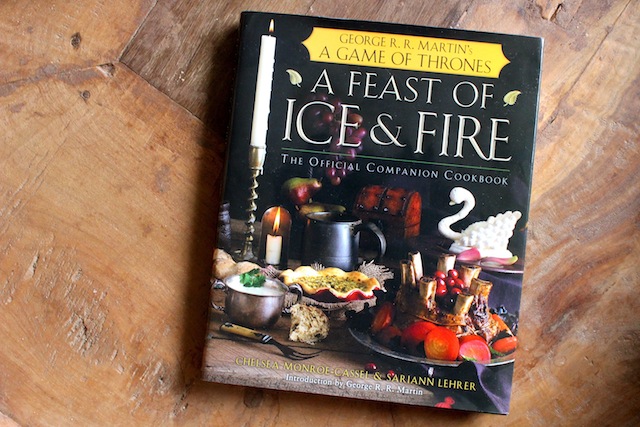 (Side note, they also have a World of Warcraft cookbook.) 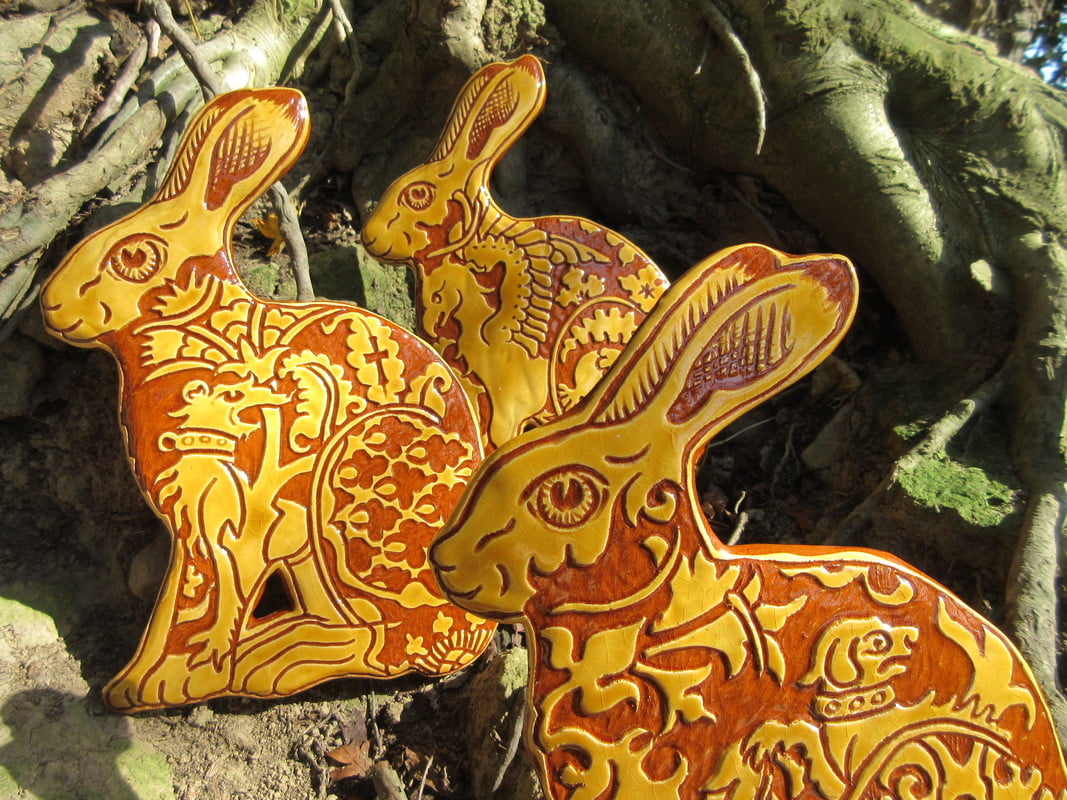 Your Very Own Medieval Ceramic Menagerie

Sgraffito Teracotta Animal Cutouts—from £35, made to order (Pretender to the Throne)

Pretender to the Throne s a workshop based in Shropshire, England, that makes absolutely gorgeous reimaginings of medieval art. I’m particularly taken with their animal cutout series, which includes reproductions of medieval art depicting foxes, hares, falcons, unicorns and more on terracotta. That having been said, they also do much more than work in terracotta—including custom work with fabrics and, if you’re planning a medieval-themed wedding, they’ve got everything you need.

Herbs and Breads and Stews, Oh My

Speaking of historical food and cooking, Nick of The Copper Pot also recreates historical recipes, but without the fantasy twist or the modern updates. His shop offers the spices and mixes you’d need to recreate the recipes as authentically as possible, like this spice mix for Hypocras wine.

It’s getting colder, so warm spiced wine might be just the thing for your holiday party. But if wine isn’t your thing, he also offers stew mixes, bread mixes, and various spices that might be hard to find otherwise. 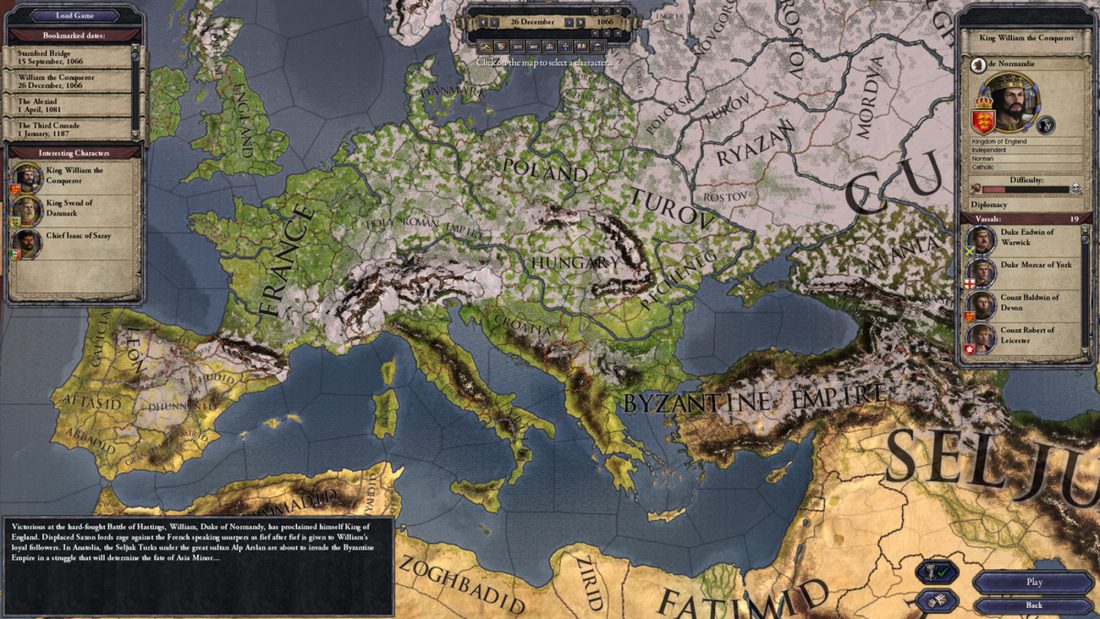 Hail to the (Crusader) King

Full disclosure: I’m credited on this game and I think about it quite a lot. But it’s still great.

Crusader Kings II is another king sim. But where Reigns is joyously simple, Crusader Kings revels in its complexity. Expand your kingdom through warfare, diplomacy, and marriage. Or stay at home and engage in complex roleplay with your vassals, fellow lords, and king. Or carefully manage your economy. Or go on Crusade… There’s a huge amount to do in Crusader Kings and it’s easy to sink hundreds of hours into the game. The vast range of Downloadable Content (including the most recent Holy Fury expansion) makes this one of the deepest and broadest depictions of the Middle Ages in any medium. Get Crusader Kings II for a history nerd you don’t want to see until January. Next January, that is. 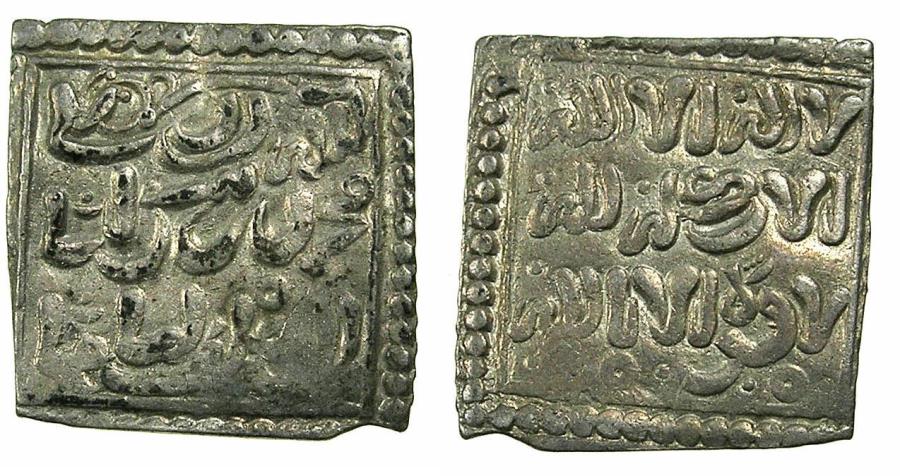 A Piece of Freakin’ History

All of the other things on this guide are replicas of medieval objects, or modern reinterpretations of medieval ideas or motifs. But what do you get for the medieval nerd who has all that?

An actual piece of the Middle Ages.

See, the funny thing is that medieval coins are surely rare, but they’re not so rare that they all deserve to be in a museum. And as any coin (or trading card or anything else) collector will tell you, not all coins are created equal. Some are wonky, clipped, damaged, or reasonably common. What that means is that you can buy a piece actually made in the Middle Ages for a surprisingly not-terrifying amount of money with your conscience intact.

That means that you can hold a piece of the actual Middle Ages in your hand—and sometimes those pieces have fascinating stories. Take this piece, sold by VCoins. Sure, it’s a badly-struck coin, and fairly worn out but it’s really interesting! It’s a 13th or 14th century Christian imitation of a square Arabic coin—and represents a portal to So. Many. Other. Questions. Was it an intentional forgery? Was it imitating the style of a more-respected currency? Does this represent cooperation or animosity between cultures?

And more, for 50 pounds (or your local equivalent), you can hold a piece of 700-year history in your hand. Not a bad deal, if you ask me.

As a note: Always purchase coins (or other antiquities) through reputable dealers, and be very wary about things potentially looted from conflict zones. There are ethical ways to buy medieval artifacts and unethical ones; always shop carefully. 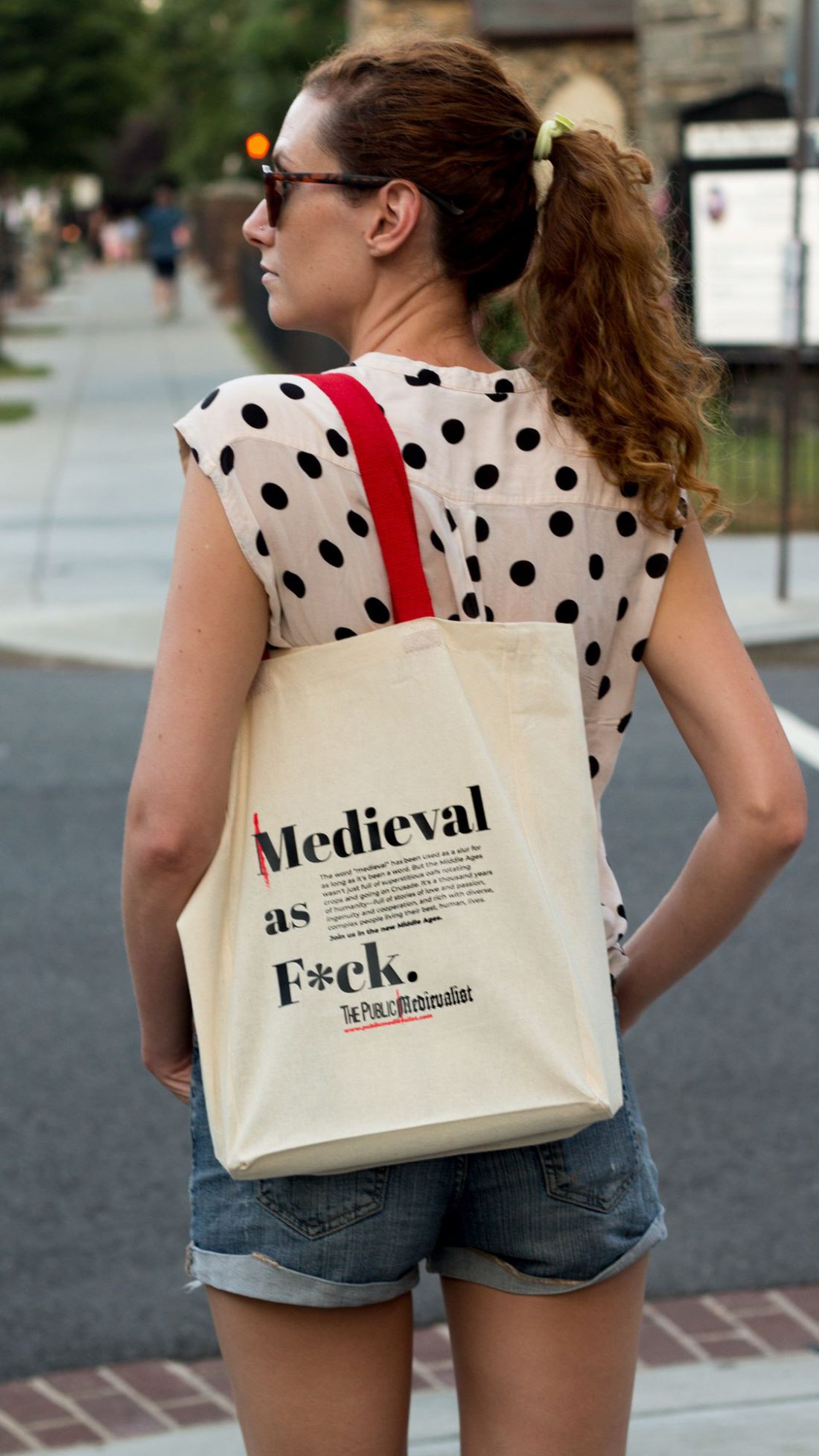 Back in July, we designed some tote bags to help us recoup the costs of running the site. So, if you’d like to support The Public Medievalist and everything that we do here, show your pride in being Medieval as F*ck, and be the coolest person in the library (or at the joust), pick one up! All proceeds go toward supporting The Public Medievalist.

Just the Good Wife? Death and Legacy of Noblewomen in the Middle Ages

The Notorious Garsenda of Provence 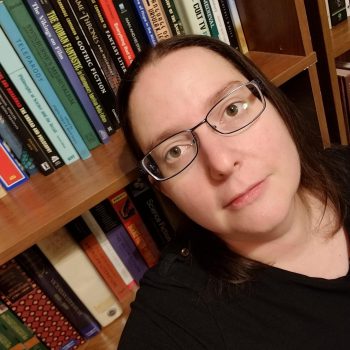 Shiloh Carroll earned her PhD in English at Middle Tennessee State University in 2014 and now works in the writing center at Tennessee State University. Her interest in the portrayal of the Middle Ages in fantasy accidentally turned into an expertise on George R.R. Martin and A Song of Ice and Fire. Her book on the subject--Medievalism in A Song of Ice and Fire and Game of Thrones--is available from Boydell & Brewer. 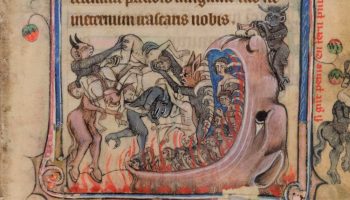 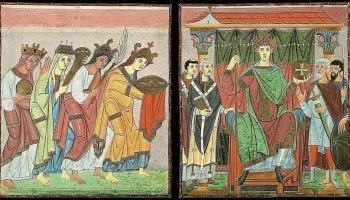